Those Live Action Superhero TV Shows Of The 70s Were Lame

I was accused of being a millennial last week on the Facebook. On a comic book fan group page someone posted the meme you see above. That led to this exchange...
Even as a child, when I watched The Incredible Hulk, starring Bill Bixby as Dr. David Banner, I thought it was lame. I was disappointed that the big green monster was so weak and that wig was so crappy. The Hulk of the comic book could leap through the air for miles and he could topple entire buildings. One time he did this... 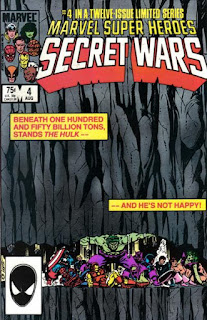 Ferrigno's Hulk, muscular as he was, was a wimp by comparison. And the comic book Hulk could talk. No, he wasn't a brilliant conversationalist, but he wasn't just a growling, raging brute. CGI would have helped that. And that wig was horrible.

I talked about how formulaic the show was and that same basic formula was used in other TV series. Series such as The Fugitive and Kung Fu. I never watched The Fugitive, but I did like Kung Fu's exploring of Taoist philosophy.

There were other super-hero shows. There was the horrible Amazing Spider-Man and very lame Captain America. DC Comics had its representative in the 70s with Wonder Woman. That show was only barely watchable mainly due to Lynda Carter running in slow motion. I know. Patriarchy.

But they were all disappointed and really could have been improved with some good CGI. And better writing. And better wig making.

I mean, the Hulk's wig was truly awful.

Old Faces, FaceApp, And The Russkies

I knew about the supposed Russian dangers of downloading the so-hot-right-now application FaceApp, but I did it anyway. (As you can see above.) I was curious to see how I might look at 75 or so, I'm guessing.

The app is pretty impressive in how it produces a very natural and, as far as I can tell, accurate old face. Time will time, I guess.

And the worries of Russian underhandedness, which arose soon after the explosion of old faces appearing on social media, may be groundless.
Before I did the FaceApp experiment, I had tried an inferior face-aging applications. It made me look marginally older, but it wasn't as well done as the Russian face-aging magic.
A Dimland Radio Pedantic Moment: The Dark Knight (2008)

Actually, there were two moments of which to be pedantic involving Christopher Nolan's second installment in his Batman trilogy, The Dark Knight.
The first is a school bus crashing into the front of a bank in the middle of the day and it gets no notice by the passersby. I'm sure Gothamites are pretty jaded, but no one stops to look at a school bus crashed into a bank? They just walk on by?

The second moment was provided by a friend of mine, Tim, who noticed an inconsistency in motivation of the aforementioned Gothamites. Midway through the film, at least two people (one a cop) are willing to kill the Wayne Enterprises accountant the Joker said if killed in the next 60 minutes he wouldn't blow up a hospital. However, during the film's climax a ferry boat full of law-abiding citizens can't bring themselves to use the detonator, provided by the Joker, to blow up a second ferry filled with convicted criminals. Doing so would save their own lives, some of them had their children with them, but, no, they couldn't do it.

Seems just a little contradictory when compared to that earlier sequence.

Did he say "a man" or just "man" when he uttered one of the most significant statements in human history? Neil Armstrong says he said a man, but it doesn't sound that way.

For 50 years now, we've wondered about it. If he hadn't managed to get that "a" in the statement, it makes what he says redundant in that "man" would be the same as "mankind". Was he nervous? He was stepping on another world approximately 250,000 miles from earth, nervousness would be understandable.

Or did he say it and we just miss it due to the nature of language?

We might never know for sure, but, if he didn't say "a man", we still know what he meant.

It's the 50th Anniversary of the Apollo 11 Mission, which successfully landed men on the moon and brought them home alive. It is possibly the human species' greatest achievement. And, of course, there are those who don't believe we did it. They think the thousands and thousands of people involved in faking the mission have managed to keep their mouths shut all these years. That includes UFO conspiracy theorists' favorite astronaut Edgar Mitchell. It also includes the Russians, who surely would have blown the whistle if they had any doubts to the veracity of the 1969 event.

But conspiracy theorists persist. Now they are claiming the current moon probe, sent up by China, now exploring the far side of the moon shows that the Apollo missions were faked. China's mission is showing the surface of the moon is brown, not grey! Oh, my lack of god, no! NOOOOOO!

I don't know why the moon appears brown in the photos from the Chinese moon mission. Image processing? The moon is brown on the far side? Someone hoaxed the brown color? That's not the moon's surface? I don't know.

But scroll down that page on that, as far as I can tell, not satirical conspiracy website and you will see a contradictory conspiracy theory that there are, and have been for decades, colonies secretly built by humans on Mars and the moon! And many of the 8 million children who go missing every year are in the colonies doing slave labor!

So the theories contradict each other, as long as they go against accepted knowledge it's OK.

Don't listen to the conspiracies. Humans did it. We landed men on the moon. And that is way cool!