Some Things About Autumn

It's autumn now and there have been a number of things I've experienced lately that were bringing my back to when I was twelve or so. The smell of cut field grass, the feel of the air, the pinging of grasshoppers as the flee my approach.
Those things brought me back to something I did with my siblings and our friends in those days of it being the end of summer, but we still wanted something to do. There were cardboard boxes involved. I blogged about it a while back, click here. 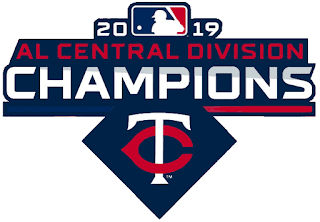 This time of year is also great because it is leading up to the postseason of baseball, the greatest game ever invented. And my Twins have won the American League Central Division Title. As of this writing, their record stands at 101-60. There's just one game left of the regular season to go.
We know who their opponent in the American League Division Series will be. It's the Hated Yankees. Again. Since 2003, the Twins have made the playoffs five times. The Evil Empire has been their first opponent four of those five times. Each time the Bronx Bastards have beaten the good guys.
Will it be different this time? My pessimistic has me saying no. But I do hope I'm wrong.
If the Twins manage to beat those guys, but lose in the ALCS or the World Series, either of which would be heartbreaking, they still would be heroes of the baseball world for ousting the jerk faces from New York.
Also, with one game left to be played by each team, there is the single season team home run record at sake. The good guys, who did break the previous record, set in 2017 by the Hated Ones, by the end of August, find themselves one home run behind the greatest evil i all of sports. Yep, the Hated Yankees sit at 305, while the Twins hold 304. Is it too much to ask for the Twins to hit at least two more dingers today than the Hated Yankees?
Whatever happens, I am very pleased with how well the boys have done this season.
Cool Thing #2: Andy Gill Responds

I posted the image above on my Facebook page back in July and pointed out that post punk legends Gang Of Four had been on Late Night with David Letterman, in a manner of speaking. I got a little thrill when Andy Gill, an original member of the band responded to my post.

I did tag him in the post, so it wasn't that out of the blue. But it was still cool. 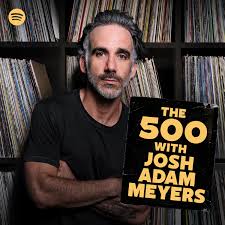 As I said on the show, I don't mean to discourage people from checking this podcast out. I just think people should know the podcast is a bit of the bait and switch. It's called The 500 and its host is comedian Josh Adam Meyers. The 500 is an album review podcast focusing on the 500 greatest albums of all time according to Rolling Stone magazine. Starting at 500 and working his way to number 1, each week Josh has a guest, usually another comedian, on to discuss one of the great albums.
Well, that's how it is sold to us. In practice the podcast is far more of an interview show of that week's guest and much less about discussing the album. That can work if you are a fan of the guest, but if you are more interested in the album you might find the podcast disappointing.
Still, that's just my take. Check it out. You might like it.

The Placebo Effect And Science Vs 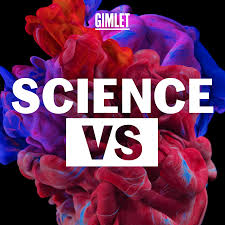 There is a podcast I listen to that I highly recommend. It is called Science Vs. It's a science podcast that examines claims and holds them up to what science can tell us about them. It is hosted be Wendy Zuckerman, who is great to listen to. I love her Australian accent.
It's not a stuffy podcast. It is very much for the layperson in its approach to explaining science.
A recent episode was on the Placebo Effect and what new and interesting things are being learned about it. It's very interesting However, they profile a woman who has irritable bowel syndrome (IBS) who knowingly takes a placebo in a study and gets better. Part of what was thought about the placebo effect was that the person taking the placebo is to believe the placebo is actual medicine. This one woman's response has baffled the scientist doing that study.
How is it she gets better knowing she essentially taking no medicine?
I ask a different question... Did she really have IBS?

Dimland Radio opening theme song: 'Ram' by The Yoleus
First ad break bumpers: 'She's On It' by Beastie Boys & 'Outside The Trains Don't Run On Time' by Gang Of Four
Second ad break bumpers: 'Nocturnal Me' by Echo & The Bunnymen & 'Lonely Is (As Lonely Does)' by The dB's
Closing song: 'Angler's Treble Hook' by $5 Fiddle