Athletes call it being in the zone. Creatives (musicians, writers, and artists) will call it being in the flow. And I'm sure there's a similar state for people pursuing other not necessarily creative or athletic endeavors.
It's a mental condition in which everything is working. You're hitting those long shots, getting just the right words, or, as in my case, the images are just pouring from your pen.
This past Wednesday night as I was getting ahead of schedule in the Inktober daily drawing challenge I was in the flow. Below are the results.
Day 17:Ornament 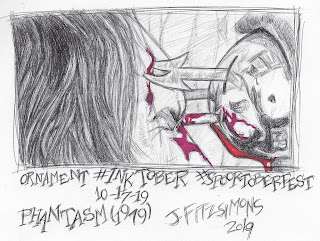 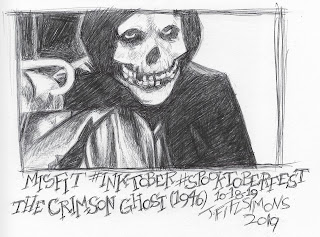 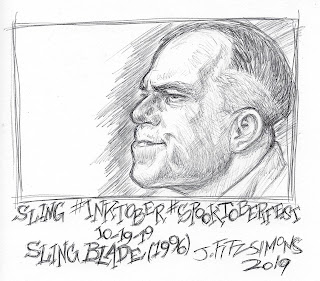 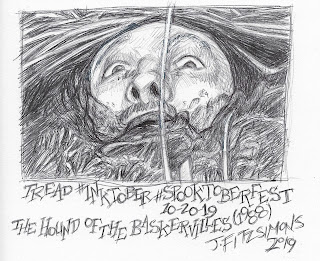 And for the hell of it, I mentioned the drawing for Day 16's prompt of Wild, so here's that one. 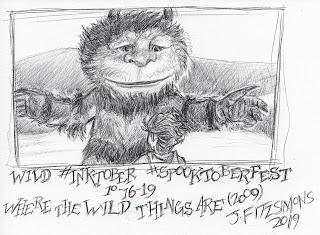 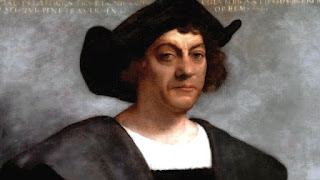 I may be stepping into some controversy here, but I don't think Christopher Columbus is the most evil man in the world. Should he have a national holiday? No. Should he be humanized and have his deeds put in perspective? Yes.
I will direct you to this video by Knowing Better. The host corrects some errors and misinformation that has been spread about the explorer who certainly had an impact on the world, for good and bad. I think Knowing Better makes a good case for setting the man in historical context.

A Dimland Radio ARRGH! Isn't Regular Yoga Bullshitty Enough?
First there was yoga, a relaxing, meditative, no impact, stretching and strengthening exercise. It has its bullshit baggage, but if you can ignore all that it's a decent way to exercise. But, then came:
Mommy and Baby Yoga. Puppy Yoga. Cat Yoga. Goat Yoga. Llama Yoga. If you prefer not to involve a baby or an animal in you stretching, there's Yoga in a Himalayan Pink Salt Room. Hot Yoga. Ariel Yoga.
Not quite the marketing nonsense that strikes your fancy?
Well, now there's Rage Yoga! Yoga in which you shout, swear, and rock out to some screamin' guitar solos. I wonder what the next yoga marketing scheme will be. Underwater Yoga? Yoga in a Treehouse? Honey Badger Yoga?
As my wife said when hearing about Rage Yoga, "Shut up and do your stretches!"
Movie Recommendation: Joker (2019)

Amy, Hayden, and I saw Joker last Sunday. We really liked it. It's not your typical comic book movie. It's a character study of a man named Arthur Fleck who is dealing with mental illness and tries to fit in with a society that doesn't take much notice of him. When it does it is to crap on him. He is slipping deeper into his illness. Society is also breaking down, mirroring Arthur's descent.
Joaquin Phoenix was the perfect choice for the role. His performance is terrific. We may have another actor receiving the Oscar for playing the Joker.

Images used under Fair Use.
Posted by jim at 9:16 AM